What Our Customer Says!

Rudrabhishek in Your Home

Offer prayer with family at your home to Lord Shiva to bring well-being, goodness, happiness. 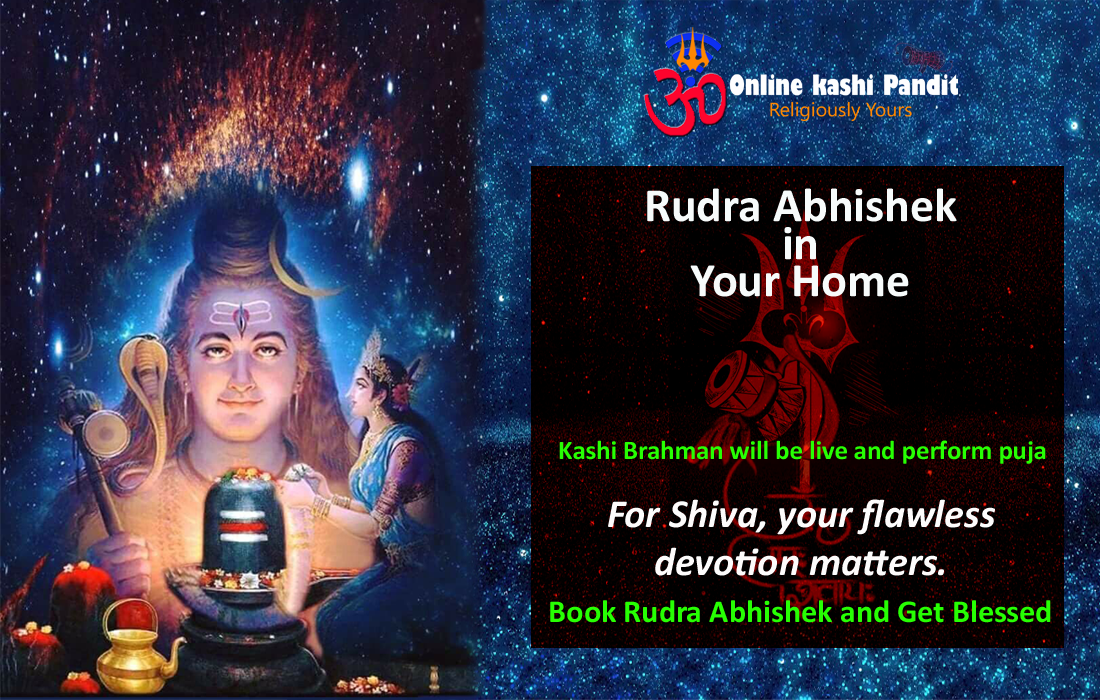 Online Kashi Pandit certified Bahman will be live through out puja, He will be chanting and guiding you to do rituals and puja.

“For Lord Shiva, nothing is more divine than Kashi“

Why to do Rudra Abhishek?

Rudra Abhishek Puja is performed to invoke the blessings of Lord Rudra, the most ferocious form of Lord Shiv. Performing this puja is ideal to eradicate and overcome any obstacles you might come across in your life. Lord Ram did Rudra Abhishek to invoke Lord Shiva’s blessings before going to war with Ravan.

This puja is performed by invoking Lord Shiva followed by the chanting of Rudra Suktha Mantra and then performing Rudra Abhishek.

You can perform Rudra Abhishek any day or Shivratri. Shivratri comes every month.

What you will get?

Rudrabhishek puja is paramount. It is extremely important as a ritual. It is considered to be one of the finest, purest and compelling ritual in Hinduism. Lord Shiva, in the Rudrabhishek puja, is worshipped by giving him a sacred bath along with flowers and the necessary materials required in this puja.

Rudrabhishek Puja is a sacred Hindu puja to offer prayers to Lord Shiva to bring wellbeing, goodness, happiness, and synchronization to the life of a native. Also, it benefits the exclusion of hurdles from life and bring with triumph, bliss, enlightenment, and endless love.

Many devotees believe that instead of doing a regular puja or an ordinary puja, if a puja is done specially, then there are more chances of receiving love and blessings from God.

Kashi – The City of Rituals.

Kashi is believed to exist on the Trident of the Lord Shiva, therefore it is directly associated with divinity and serenity.

Kashi is the eternal place of Moksh or Salvation or Absolution. 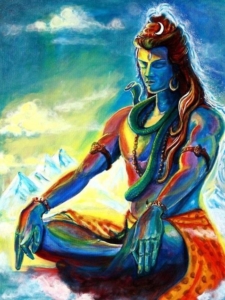 Brahman of Kashi holds special significance in performing the rituals related to Lord Shiva as they born in kashi and brought up in listening rudri & om namah shivay, chanting and performing rituals from their birth.

Rudra abhishek Puja is performed to invoke the blessings of Lord Shiva by pleasing him, and pleasing him from his adobe (kashi) is more eternal and blissful.

Kashi, or Varanasi or Banares as it is commonly known today, was the center of rituals, and a phenomenal tool created for spiritual growth.

For Lord Shiva, nothing is more divine then Kashi

Mahashivratri is one of the largest and most significant among the sacred festival of India, to move away from conflicts and move towards truth, beauty, peace, and benevolence – the eternal qualities of Shiva. It is meant to wake up every particle of your body. 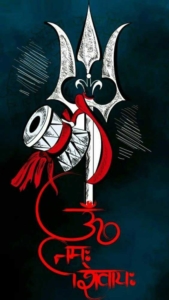 The planetary positions on this night are such that there is a powerful natural upsurge of energy in the human system. It is enormously beneficial for one’s physical and spiritual well-being to stay awake and aware in a vertical position throughout the night.

During Mahashivratri, we practice sadhana and take refuge in the divine consciousness. There are two ways to do this: meditation (sadhana) and surrender. Surrender is having the faith that there is a divine power that is taking care of us. Sadhana and surrender bring peace and solace to us and help us to experience the true significance of Mahashivratri.

As per Hindu Calendar, Shivratri is celebrated on the 14th day of each month during the waning moon (Krishna Paksha) half. Shivratri is observed every month whereas Mahashivratri falls once in a year.

Shivratri is considered best for performing rudra abhishek in Kashi Vishwanath temple as it is powerful and auspicious, dedicated to the supreme lord, Shiva. It is observed by men and women for improved living and betterment of the future. It is believed that if you perform Rudra Abhishek on Shivratri, you can keep yourself away from all the life obstacles, sudden death, speedy recovery, pink health, and outbound happiness. It is said that with this, one can attain salvation, liberation, and freedom from all the stress and misfortunes of a lifetime.

There are no reviews yet.

Be the first to review “Rudrabhishek in Your Home” Cancel reply